University of Glasgow experts reveal fascinating new insight into Robert Burns domestic life
An astonishing discovery found at a 13 century Scottish castle has shed new light on the day-to-day domestic life of Robert Burns and his family, academics at the University of Glasgow have revealed.
Environment - History / Archeology - 19.01.2023
Archaeologists shed light on the lives of Stone Age hunter-gatherers in Britain
A team of archaeologists from the Universities of Chester and Manchester has made discoveries which shed new light on the communities who inhabited Britain after the end of the last Ice Age. Excavations carried out by the team at a site in North Yorkshire have uncovered the exceptionally well-preserved remains of a small settlement inhabited by groups of hunter-gatherers around ten and a half thousand years ago.
History / Archeology - 18.01.2023

UCL marks Holocaust Memorial Day 2023
History / Archeology - 16.01.2023
A history of how Indigenous Americans discovered Europe
A new book from a University of Sheffield academic flips the script on the accepted narrative that modern global history began when the 'Old World' encountered the 'New' On Savage Shores highlights t
History / Archeology - 21.12.2022

Ancient Roman coins reveal long-lost emperor
A gold coin long dismissed as a forgery appears to be authentic and depicts a long-lost Roman emperor named Sponsian, according to a new UCL-led study. The coin, housed at The Hunterian collection at the University of Glasgow, was among a handful of coins of the same design unearthed in Transylvania, in present-day Romania, in 1713.
History / Archeology - Earth Sciences - 22.11.2022

Feature: Hunting for Neanderthal spear tips under the sea
A UCL-led team of archaeologists found spear tips and other stone tools that have been submerged under the English Channel since the last ice age, providing new clues about our Neanderthal past.
History / Archeology - 22.11.2022

Opinion: The era of the megalopolis: how the world’s cities are merging
History / Archeology - Earth Sciences - 22.11.2022 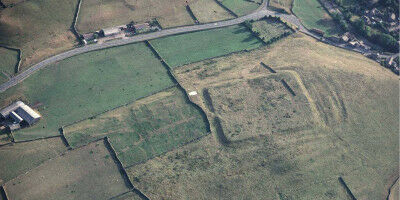 Analysis: Heavy mercury contamination at Maya sites reveals a deep historic legacy
Writing in The Conversation, Dr Simon Turner (UCL Geography) and his colleagues explore how the ancient Maya used the toxic element mercury, where they sourced it and its environmental legacy in Mesoamerica. Mercury is a toxic heavy metal. When leached into the natural environment, it accumulates and builds up through food chains, ultimately threatening human health and ecosystems.
History / Archeology - Social Sciences - 29.09.2022

Opinion: King Charles, defender of faith
Writing in The Conversation, Dr Bob Morris (UCL Constitution Unit) explores how the new King's relationship with faith may differ from his mother, with him likely approaching his role as "defender of the faith" more inclusively, reflecting the diversity of religion in Britain.
History / Archeology - 20.09.2022

Not on the high street... rare pot found near shop unveiled at museum
Archaeologists from the University of Glasgow, who are leading the study, will use a range of scientific techniques not available to their predecessors who carried out the dig.
History / Archeology - 07.09.2022
University of Warwick professor shortlisted for prestigious British Academy Book prize
Life Sciences - History / Archeology - 02.09.2022

Opinion: Neanderthals died out 40,000 years ago, but there has never been more of their DNA on Earth
Environment - History / Archeology - 02.09.2022
Kinder Scout National Nature Reserve extended in size to continue important research into tackling climate change
As from today, Kinder Scout, the National Nature Reserve (NNR) in Derbyshire cared for by the National Trust, will be extended in size by 25 per cent (226 hectares) thanks to a declaration by Natural England.
Campus - History / Archeology - 31.08.2022

DNA from human remains found in medieval well shines new light on Jewish history
An analysis of DNA from 12th-century human remains has provided new insights into a significant historical crime and into Ashkenazi Jewish population history, reports a new study co-led by a UCL researcher. The study, published in Current Biology, involving work with historians, archaeologists, and the local Jewish community, also overturns the previously-held view that disease-related variants associated with Ashkenazi Jewish populations only became more common in the last 600 years.
Social Sciences - History / Archeology - 25.08.2022
Over half of children in England and Wales now born to unmarried parents
In 2021, more babies - 51% - were born to unmarried mothers in England and Wales than to those in a marriage or civil partnership for the first time since records began in 1845.
Environment - History / Archeology - 19.08.2022

Analysis: Sewage alerts - the long history of using maps to hold water companies to account
Writing in The Conversation, Professor James Cheshire (UCL Geography) explores how today conservation organisations use water sensors and mapping technology to expose the levels of illicit sewage dumping into rivers and the sea, and the historic roots of these powerful tools.
History / Archeology - 16.08.2022

The British Academy recognises Manchester academics for their expertise
1 2 3 4 5 ... 46 Next »